Spend five minutes in the presence of EFÉ, and you’ll see that behind her playful pop, there’s a personality just as vibrant. Even over Zoom, battling to be heard over the background builders, the Dublin-based artist (real name Anita Ikharo) is larger-than-life – full of bubbly Gen Z humour and references, plus an unbelievable amount of hilarious anecdotes; she has energy in droves.

Having just released her second EP, ‘VITAMIN-C,’ the 22-year-old’s journey up until this point has been filled with surprises. For EFÉ though, it’s something that she has known would happen all her life. That being said, the inevitable prospect of that career path for EFÉ was daunting for unexpected reasons. “I was into Beyoncé heavily but then I found out she was in the Illuminati!” gasps EFÉ, jokingly referencing the debunked online conspiracy theory. “I thought, ‘Oh no, if I continue to make music it’s a given that I’ll make it. Then the Illuminati are going to find me and I’m going to have to join!’ There’s always been that confidence from a young age, but it’s something I’ve always wanted.” Thankfully the evil overlords haven’t come calling just yet, so, for now, she’s ours.

Her first self-released EP, ‘What Should We Do This Summer?’ launched her headfirst into the industry back in 2020. And despite arriving in the blustery winds of autumn, the EP combined voice memos of EFÉ’s friends and family with idyllic, wistful vocals and hazy soundscapes; she reeled in a host of listeners much in need of a blast of summer heat.

2022, though, has proved the craziest year of them all. In April, she supported Baltimore rapper JPEGMAFIA, in spite of her concerns about their fit; she then landed two shows at this summer’s Glastonbury Festival. “I was correcting my thesis in the green room before opening for JPEG. I had to go to America the next day and I submitted it at the airport. It was the most stressful thing ever!” EFÉ recalls.

It may have been a chaotic, intense time, but it’s been an opportunity for EFÉ to learn and grow, both personally and artistically. On an EP which often focuses on ideas of codependency – within both relationships or in the music industry – EFÉ took her first steps into the world of production. With ‘Loving Girl’, she makes a statement about an industry that places doubts on young women’s technical capabilities: “I had to make sure that no matter what, I made something that I at least made myself or was heavily involved in”.

With that added involvement, EFÉ creates a world with the foundations of her earlier efforts, just with the saturation dialled up to full. It’s her own personal brand of bedroom pop, one with a scope that transcends the limits of those four walls: all laidback drum beats and sparkling synths. It’s the kind of listen that is so light it relieves all your tension – tracks like ‘KIWI’ add more zest to the EP, a surefire encouragement to dance about to EFÉ’s airy vocals until your cares are long gone in the rearview mirror.

She unleashes that freedom across the EP as a whole, leaning into the wackiness. “My previous EP was sort of serious, and I thought, ‘Wait! I can be goofy! Let me put that in there’. With ‘VITAMIN-C’, I was like I have to do something that can show a bit of my personality and that goofiness.” From the twinkling keys that draw ‘KIWI’ to the running current of “ba ba ba” weaved through ‘LIME’, it’s a far more whimsical version of EFÉ.

That more kooky side to her creativity plays a large part in her visuals, too. Directing her music videos herself, it’s no surprise that they’re wonderfully outlandish and rich with oversaturated hues and complex ideas. The music video for ‘LIME’ is a Y2K fever dream depicting a fictional band exacting revenge on their over-controlling manager; ‘KIWI’ sees her falling in love with a bear on a camping trip. “I’ve always been an advocate for trusting your own ideas – especially in the visual aspects. It’s about just trusting the process, trusting that this idea is good, and you felt good about it initially for a reason.”

With such a heavy involvement in every aspect of her releases now, it could be easy to get caught up in the minute details in an industry that requires that level of attention. As her shows on the Greenpeace and Glade stages at Glastonbury proved, she’s learnt the way to get past that is by simply having fun. “It was really scary, like, this is Glastonbury. There are so many people watching. But the second day I thought, ‘It is up to you. You have to have fun on stage, and it will always translate into the crowd. If they see you enjoying yourself, then they’ll enjoy themselves.’”

That second day seems crucial for EFÉ when it comes to easing into and embracing the bizarre energy of these experiences. Whilst her first support slot with JPEGMAFIA was nerve-wracking, by the second show, it was a different story. “There were mosh pits to my songs! We brought the bear out on stage from the ‘KIWI’ music video and everyone went crazy. It was such an insane experience. It gave me confidence to just do it — at the end of the day, it’s literally fun. You don’t know what will happen, but exposing my music to different people is so cool.” With her cast of crazy characters behind her and a knack for breezing your blues away, EFÉ seems firmly settled in the next phase of her career — as weird and wacky as that may turn out to be. 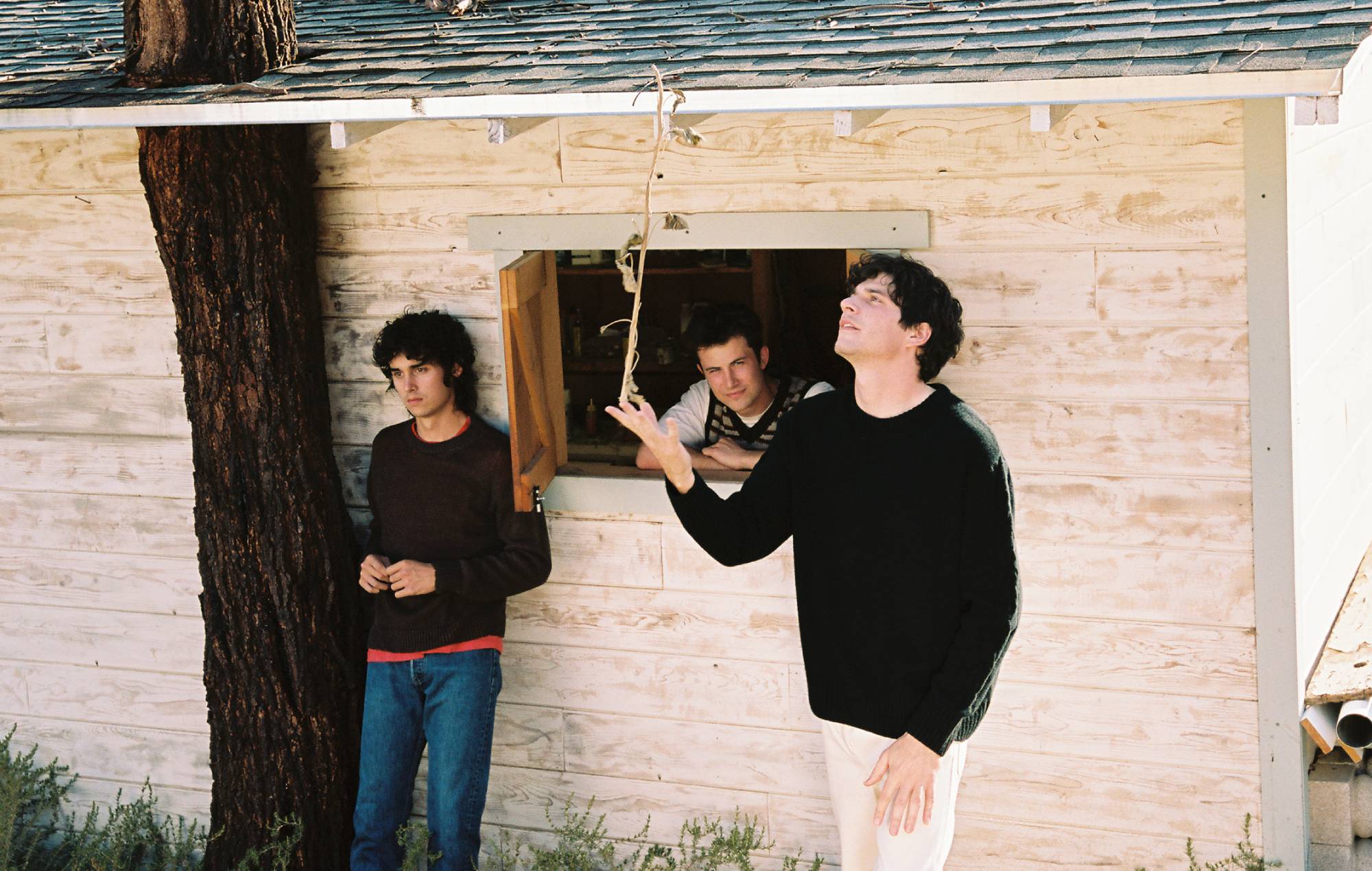