Jockstrap: Limitless future-pop engineered to confound – “There are parts that we don’t understand”

The music that Georgia Ellery and Taylor Skye make together as Jockstrap, though easy enough lose oneself in, is much more difficult to understand. Their new EP ‘Wicked City – debut on legendary Sheffield label Warp [Aphex Twin, Flying Lotus] – is as dense with ideas as it is flighty and restless; plaintive and lush one moment, utterly chaotic the next.

It’s not that you can’t spot its referents and influences, or identify some of the moving parts – it’s just that once you’ve got to the bottom of what’s going on in one section of a track, Jockstrap have moved onto something else entirely. But if you’re struggling to keep up, take solace in this: the pair behind the music aren’t always sure what’s going on either.

“There are parts of the songs that we don’t understand,” says Taylor, who mainly focuses on the production of Jockstrap’s frenetic instrumentals, building upon the skeleton compositions Georgia composes on her piano. “Whenever I make music there have to be parts of it I don’t understand – you have to be expressing something you don’t really know or can’t talk about, there has to be a mysterious thing. When we first work on something, Georgia will write a song without any limits, then I’ll produce it without any limits.”

“That’s what happened with [recent single] ‘Acid’, agrees Georgia. “I just sent Taylor a very bland piano demo, and wasn’t sure where the expression would fit, and he shaped and moulded the whole of that story with the production in places I didn’t know it was supposed to be, and gave lines new meanings.”

Don’t let this fool you, though: Jockstrap know exactly what they’re doing, even if the results occasionally catch them off-guard. Having met at London’s world-renowned Guildhall School of Music and Drama, they’re an articulate, self-assured pair, and a sense of intentionality and creative curiosity permeates our conversation.

They’re now in their final year of study, and speak eloquently about the ways in which their coursework and extra-curricular music (including, but not limited to, Jockstrap – Georgia plays violin in much-hyped avant-rock collective Black Country, New Road, and Taylor works on a wide range of remixes, collaborations, and solo projects) interact with one another.

“I’ve had really good teachers that I’ve connected with,” says Taylor. “Most of them have just wanted the best for us, not trying to push work on us, making things more academic – just letting things happen. On my course, what I’m doing is just what they want people to be doing… it works out.” 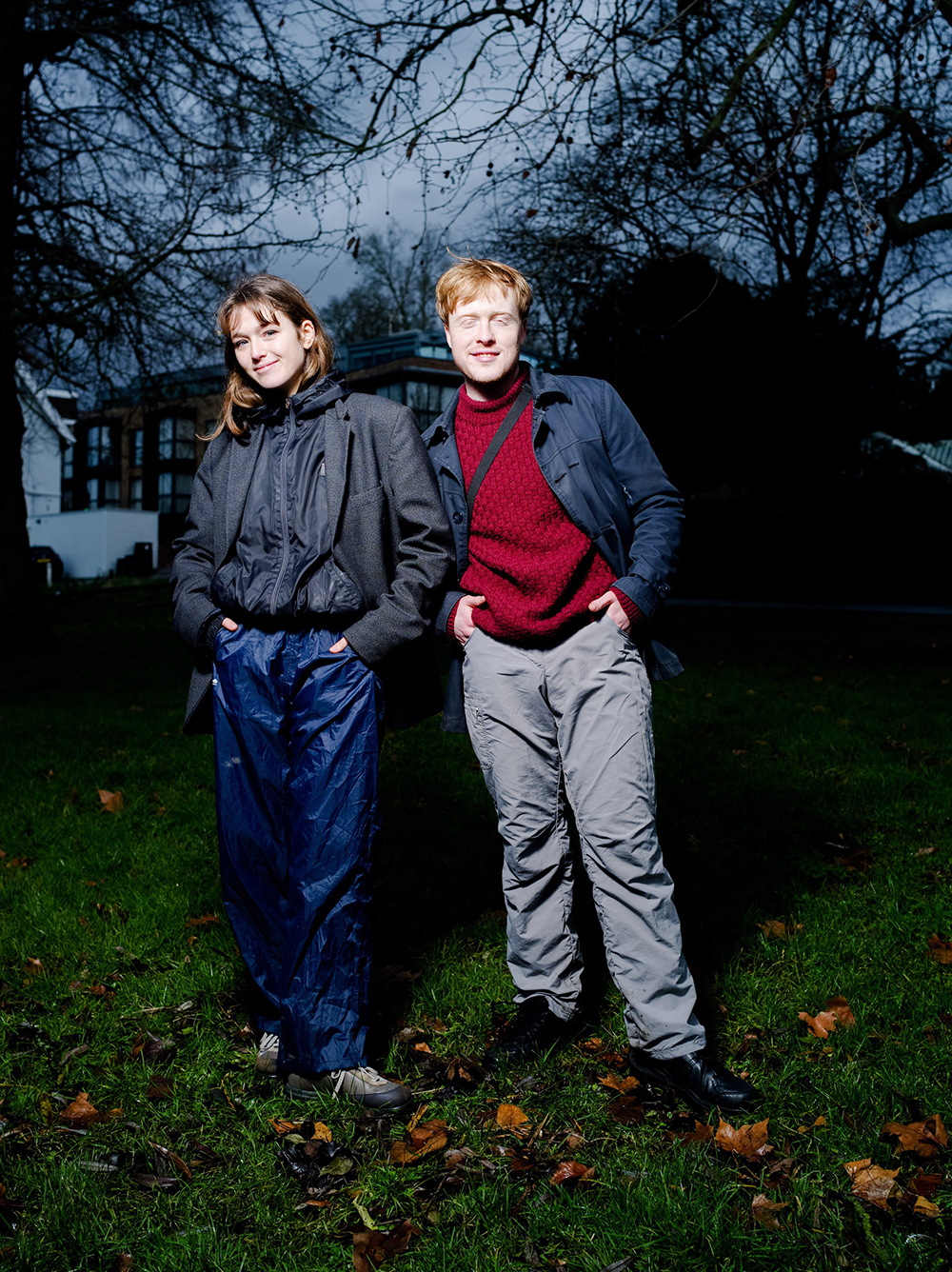 “For the first couple of years my course was half-and-half classical and jazz, and I had the most awesome, world-class classical teachers, which was an otherworldly experience, and really eye-opening,” enthuses Georgia. “Even though I’m so bad at committing hours to practice, stuff like classical composition – learning how to write fugue, how counterpoint works, I thought that was really interesting – the way these lines work in music and stuff has definitely trickled down.”

Yet both members of Jockstrap are determined not to be defined by their shared academic, classically-focused background.

“It’s a tool, the theoretical side,” says Georgia. “If you use it with your intuition, with your ear… if something just comes out and you’re not sure what to do with it, you can use theory to get you to here or there.”

“I think it’s just because that’s the way I was brought up to look at music,” agrees Taylor. “I can’t tell any more. Without thinking about it, it just feeds into what you do.”

For those who’ve been following Jockstrap since their debut EP, 2018’s ‘Love Is The Key To The City’, this new EP is a significant step forward. ‘Wicked City’ is bolder, brasher and less inhibited than its predecessor – hardly a wallflower of a record in itself – its constituent parts more vivid, its compositional twists and turns even wilder, its contrasts sharper.

Georgia concurs. “Lyrically it’s got a little less on-the-nose, and it’s getting better. On the first EP, I kept it simple because I wasn’t as confident. But on this one everything’s through-composed, I’m not worried about where I’m modulating to, or how it fits.

“I made the decision early on to write all the songs on this EP about men, but that didn’t really happen…”

“But it’s got more testosterone [than the last EP],” quips Taylor.

“You’re right! It’s angrier and more demanding,” laughs Georgia. The pair digress into a discussion about whether this description of the two EPs – their first as softer and therefore more feminine, this new record as harder, brasher, and more masculine – is helpful, or hangs on problematic stereotypes. “Well, coming from the creator, me, I think I’m off the hook with that,” says Georgia firmly. “Because it’s how I feel.”

A lot of the conversation, with or without my interjections, goes a bit like this: they both speak with a certain confidence – perhaps the product of a cocktail of undeniable talent and a prestigious education – but are never cocky, and have a healthy way of questioning themselves at each turn, and remaining open to new ideas. The only time either of them sounds genuinely doubtful is when Taylor mentions the imminent end of their degree.

“Once we leave Guildhall, things will be different,” he says, slowly. “You can’t just do things for fun that won’t earn money – we do want to be living off this…” He trails off.

Speculating about the coming EP release, Georgia is more confident. “I think the reception’s been great so far already – I think people will order the vinyl, and it’s the first thing we’ve done physically. We’ve got a headline tour that’s now been rescheduled for November [due to the COVID-19 crisis], but it was gonna be in autumn anyway, we weren’t planning to tour straight after release.

“I’m on tour with Black Country, New Road a lot, but then when I’m with Taylor we talk about what we’re gonna do, just us in a room, working on visual stuff…” she pauses, her face cracking into a smile. “But when Taylor and I go on tour, that’s the best, that’s the cherry on the cake. That’s where it all comes together.”

It’s a moment of affection which evokes the tenderness that, beneath the chaos, in-jokes and curveballs, is a big part of why Jockstrap’s music is so special.