Spotify may soon let users control the levels of a vocal in any of the tracks in their catalogue. A leaked screengrab shows the Mac version of Spotify’s desktop app with an option for having ‘less’ or ‘more vocal’ in the music, alongside the lyrics, hinting at a karaoke mode. 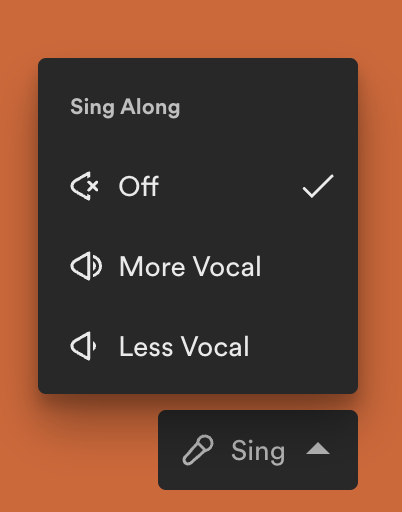 As reported by MusicTech, the move makes even more sense as this was previously a feature by Musicxmatch who currently power lyrics for Spotify, but they removed the vocal stem feature recently. The ability to affect stems in real-time became a very popular feature when Deezer released their open-source stem separation algorithm Spleeter back in late 2019. It led to a bunch of software and websites that specialise in real-time stem separation using AI, including DJ software Algoriddim djay and VirtualDJ. The karaoke feature was also teased in Sept last year when a prominent engineer tweeted it.

The feature isn’t official yet – it was posted on the TrueSpotify Reddit – but it will be interesting to see if and when the feature lands, and what other stem separation tools could appear on streaming platforms in the future.