The Umlauts: gloriously fearless tunes that refuse to play by the rules

You can’t get to know The Umlauts just by playing one of their songs. Depending on your choice, you might get the tight, krautrock-tinged, wiry funk of ‘Boiler Suits & Combat Boots’, the sultry, elegant ‘Non e Ancora’ or the manic, strobe-lit ‘The Fact’, all wildly divergent in sound and all featured on the first two EPs of this London-based quartet’s short career so far. Even by listening to everything they’ve ever done, it feels hard to get to know them.

“When we record, we always try to do something different,” shares Oliver Offord, who oversees the production of the band’s work alongside his childhood friend Alfred Lear. “I don’t think we’re trying to make an oeuvre that has a stylistic thread that runs all the way through it, we’re much more interested in making independent, autonomous things.”

That is certainly clear from last year’s ‘Ü’ EP and its upcoming sequel, ‘Another Fact’, to be released in October on PRAH Recordings. They show off a band that are clearly students of musical history, drawing from ingredients from across the spectrum, but beholden to none of them. “I think it’s quite important for us to not barricade ourselves to a certain genre or sound,” says Maria Vittoria Faldini, the band’s Monégasque co-lead singer, alongside Annabelle Mödlinger from Austria.

The group’s lineup was finalised when they were all studying at the Wimbledon College of Arts, which might go some way to explaining their cavalier attitude towards sonic experimentation. “I think the education in itself gives you freedom,” says Mödlinger. “None of us are classically musically trained or anything – if there’s anything you learn at art school, it’s that you can just be an amateur at something and just have fun with it.”

The new EP, they feel, is a more focused and coherent unit than its predecessor, but it retains the band’s joyous ability to sound as if they can evoke any atmosphere or mood that they feel is appropriate for a given track. Offord and Lear, who entirely self-produced both records, albeit with a few handy tips from Black Country, New Road producer Sergio Maschetzko, sought to embrace what they considered to be a darker undercurrent to the newer material.

“We like to think of it that the first one was a daytime album and the second one is nighttime,” says Lear.

That creeping, midnight energy is writ large across ‘Non e Ancora’, a song written primarily by Faldini. Inspired by the 1990 song ‘Annarella’ by the Italian political art rock band CCCP Fedeli all Linea, Faldini was moved to write for the first time in her native Italian language, hoping to strike a more intimate chord and to recreate the delicate melancholy of the original track. The rest of the band immediately loved what they heard and the experience ultimately led to the EP taking on a greater emotional depth.

“It felt like everyone just knew what they had to do with it and it came together very naturally,” says Faldini. “We got to the studio, recorded it straight away in a very emotional evening with a lot of crying and tears and joy and sadness.” 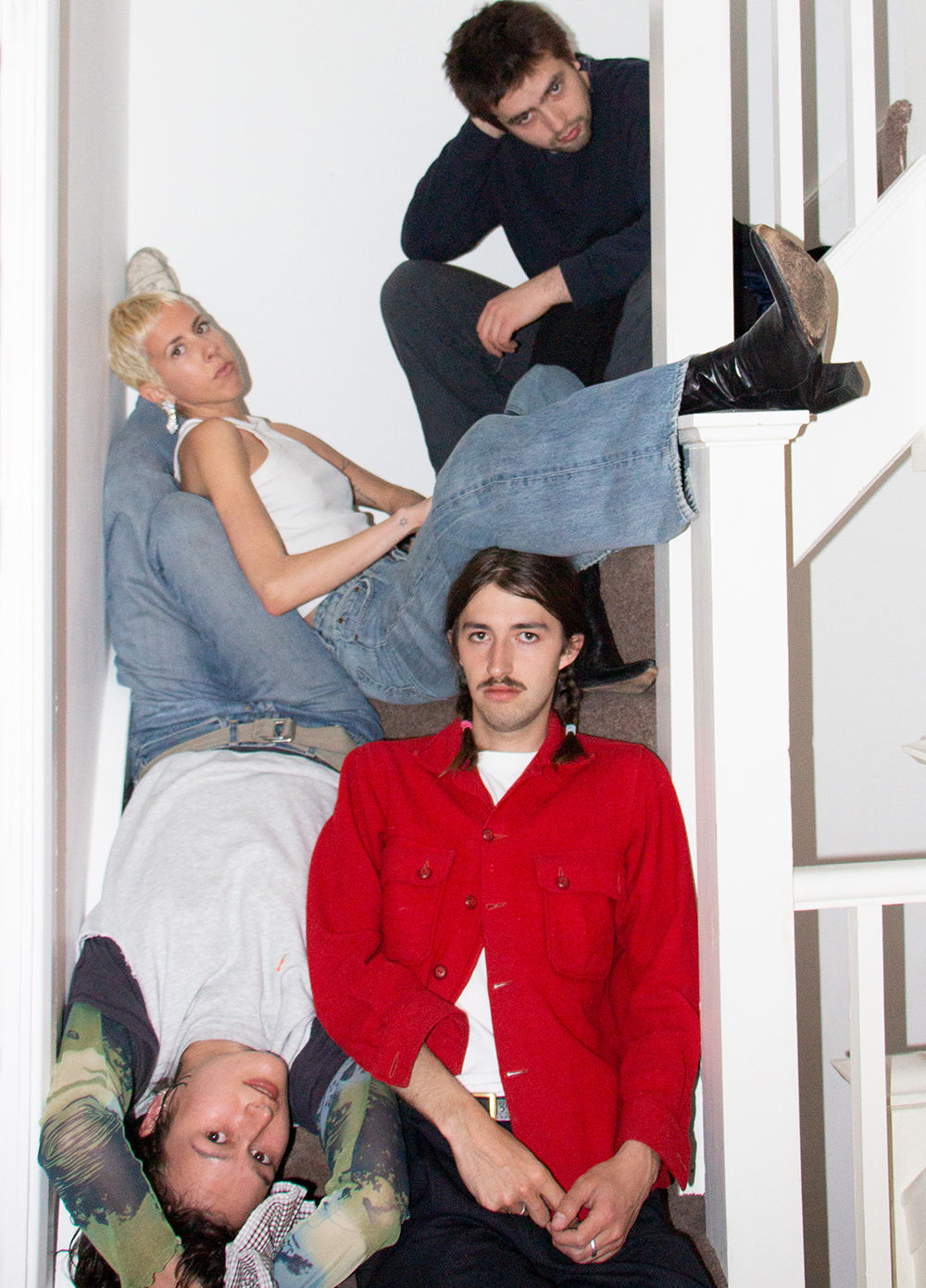 The EP also benefits greatly from its use of strings, led by violinist Magdalena McLean, who is also a member of the band caroline. McLean and Mödlinger are both Austrian and go back a long way, so for their respective bands to now be sharing a London studio and spearheading a new generation of young and hungry artists is no small feat.

The band’s multi-national identity no doubt offers some insight into their ability to shapeshift so easily, a facility also aided by the fact that they have now released songs in English, French, German and Italian. It serves to add a further layer of mystique to their already impossibly cool image.

“I’ve realised that my voice just does different things in different languages,” says Faldini. “If I want to sound angrier, sweeter or sexier, I just choose the appropriate language. It’s a learning curve, finding out what sounds right.”

“The language changes the musical choices that we make, too,” adds Offord. “It makes it a bit surreal, nobody can actually fully understand everything in our songs.”

Does he worry at all that it could in fact pose something of a barrier for some listeners? “I mean, can you understand every Mark E. Smith lyric?” he retorts. Touché.

The in-studio and on-stage versions of The Umlauts appear to be quite different beasts: live, they are a nine-piece, pulsating with a crazed, chaotic energy. They favour live instrumentation over sequencing (“you can’t have a beer with a drum machine at the end of a gig, can you,” says Offord) and thanks to the sheer expanse of their sonic palette, there is no alternative but to cram the stage with musicians. “Recording, you can do almost anything, and the fun thing is making it really difficult for the band and then forcing them to go out and play it,” jokes Lear.

It all adds to the sense that the world is at The Umlauts’ fingertips. Even they do not appear to know exactly what they want to take from it yet, but based on the outstanding quality of their work so far, it is going to be fun watching them find out.