aespa reflect on their “unreal” 2021: “It takes a little time for everything to start kicking in”

“Oh my gosh, don’t you know I’m a savage?”, aespa remind us on their latest title track ‘Savage’ that they are anything but ordinary. As SM Entertainment’s latest girl group – walking in the footsteps of powerhouses like S.E.S, BoA, Red Velvet, Girls’ Generation and f(x) – this fairly new quartet have gigantic shoes to fill. But yet, in a little over a year, aespa have taken the industry by storm with hits, achievements and awards aplenty.

From winning Record Of The Year at the Melon Music Awards with their hit single ‘Next Level’ to being the global ambassadors for French luxury fashion house Givenchy, the girl group – comprising KARINA, WINTER, GISELLE and NINGNING – have landed, made their mark and are not backing down anytime soon. aespa have just barely entered their second year as a fully fledged K-pop girl and they already have set the bar high for themselves, but it’s one that they certainly aren’t afraid of.

As 2021 comes to a close, NME catches up with KARINA, WINTER, GISELLE and NINGNING to chat about having an eventful 2021, dealing with their rapid rise to the top of the K-pop world and more.

2021 has undoubtedly been apesa’s year, with two viral hit songs ‘Next Level’ and ‘Savage’ under your belt. How does it feel to have had such a phenomenal year and did you expect this

WINTER: “I had no idea that it would receive this kind of response! The highlight moves are pretty simple so I think this is one of the reasons many people enjoyed watching and covering our choreography.”

GISELLE: “To be frank, I did anticipate that this may become a hit on TikTok, but never to this extent. TikTok is a huge platform, so I was definitely hoping that it would do well there and was excited to see all the covers of our songs.”

NINGNING: “I didn’t expect it as well! Before our debut, I remember wondering how people would think of us so seeing many people enjoy and cover our music and performances makes me so happy and I am so thankful!”

Aside from hit songs, this year, aespa also released your first mini-album, ‘Savage’, which has since sold over half a million copies. What does this record mean to you?

WINTER: “‘Savage’ gave us the confidence that we were on the right track. While we have so much to learn and grow, we’re blessed to receive so much love and support from many people around the world which motivates us to improve and become stronger artists.”

GISELLE: “Personally, ‘Savage’ feels like a debut album for me. Although this mini-album is full of amazing tracks, it’s just a sneak peak of our vocals and our style of music being our first physical album!”

NINGNING: “This was our first mini-album and I am grateful that so many people liked it!!”

apesa celebrated your first anniversary as a group back in November. But in such a short period of time, the group have won awards at the MTV EMAs, MAMA, MMA and so much more. How does it feel to be given such recognition so early in your career?

KARINA: “I never imagined that we would be able to receive both Rookie Of The Year and Daesang at the same time. We were honored to just be nominated along with other amazing artists and this motivates us to work harder and showcase better music and performances. These awards are so much more fulfilling and meaningful because it’s the result of all the help we received from our family, company, hair and makeup stylists, and most of all our MYs.”

WINTER: “Most of our promotions took place online due to the pandemic, so it was difficult for us to fully realize and feel each and every one of our fans’ love and support. But once we received such incredible awards, it was another moment that allowed us to truly feel how much love we’ve been receiving from everyone.”

GISELLE: “It felt unreal but I was so happy to receive such amazing awards after only one year since our debut. We still can’t believe it, perhaps because everything happened so fast that it takes a little time for everything to start kicking in and for us to process everything completely.”

NINGNING: “We didn’t expect it at all! We were so grateful to receive so many awards. I want [to] thank our company and everyone who helped make this a reality. Most of all, I want to say a huge thank you to our MYs.”

aespa debuted in the middle of the pandemic, when a live audience wasn’t allowed for most performances. But you were finally able to see MYs in real life for the first time during the 2021 K Culture Festival. What did that feel like?

KARINA: “Honestly, everything felt unreal. This was the moment that we’d been dreaming about, so we were more nervous than usual but were also excited to give our very best performance. Though [the fans] couldn’t cheer loudly [due to COVID-19 safety regulations] their presence alone gave us so much energy on stage and we enjoyed it to the fullest.”

WINTER: “We’ve always performed at an empty concert hall surrounded by cameras so we received so much energy from having the venue filled with live audience even without the loud chants and cheers. We had so much fun on stage with that energy.”

GISELLE: “It was definitely so much more fun to perform with a live audience. Because I was able to see our MYs with my own eyes, it was a completely different experience and it was so fulfilling.”

NINGNING: “We always said we wanted to perform in front of our fans since we have never had the chance since our debut and I was so happy to finally meet them and perform! I want to thank all the fans who came to the event. It was an amazing experience and we had so much fun on stage.”

Who are your favourite artists or songs at the moment?

KARINA: “I’m personally a big fan of Kehlani. Nowadays, I‘ve been listening to ‘Everybody business’ and ‘Ur Best Friend’ a lot. I like listening to chill songs that are easy to vibe with, and her songs sound so dynamic whether they have intense beats or loose melodies.”

WINTER: “I like Alessia Cara. Not only are her lyrics beautiful but the kind of message she delivers through her music is super clear. Her voice is so pretty as well! I love all of her songs, but these days I‘ve been listening to ‘Middle Ground’ a lot lately.”

GISELLE: “I’ve been listening to a lot of Iann Dior lately. Once, I mentioned on an Instagram Q&A that I like the song ‘gone girl’ and I still haven’t stopped listening to that song, and the entire album. I tend to lean towards songs that have a rock base sounds and Iann Dior mixes a bit of hip-hop, rock and pop together”

NINGNING: “I love R&B and hip-hop, so songs by Rihanna and Ariana Grande really suit my personal style. Recently, I really like SZA’s songs as well. Some Korean artists I like to listen to these days are CL and Lil Cherry because they are so cool and charismatic.”

When you were younger, did you always want to be K-pop idols? If not, what did you want to be and why?

KARINA: “Ever since I was young, I’ve always dreamt of becoming a singer. But I also considered studying to become a flight attendant. I do love to travel and learn new languages so I thought it was a good fit for me. Fortunately, I was able to join SM Entertainment and my foreign language studies at the time have helped me as well!”

WINTER: “I dreamt of becoming a singer since I was young, but I also wanted to become a soldier. Many of my family members are in the military and I’ve always admired soldiers when I saw them in movies and films. It’s also a respectable profession so I would consider joining the military.”

GISELLE: “When I was young, I also wanted to become an actress. I loved watching movies and TV shows and Disney Channel, and Angelina Jolie was everything to me. I remember wanting to be Alex Russo or Lara Croft growing up. I also did a lot of acting in and out of school by taking roles in musicals and plays!”

NINGNING: “Ever since I was young, I was so certain I wanted to become a singer. Because I was so sure of what I wanted, I don’t think I would consider being anything else. But, if I really had to choose something else, it would still be related to music – perhaps a producer because I love making music and producing!

Lastly, do you have any words for your younger self?

KARINA: “Trust yourself and others and be confident! Whether it’s good or bad, you get out what you put in. You will grow to become a great person so I want you to stand tall and be proud.”

WINTER: “You are doing well Winter! Be confident and be sure of yourself! Good Luck!”

NINGNING: “Nice job! You’re doing so well NINGNING. You should pursue everything you desire!” 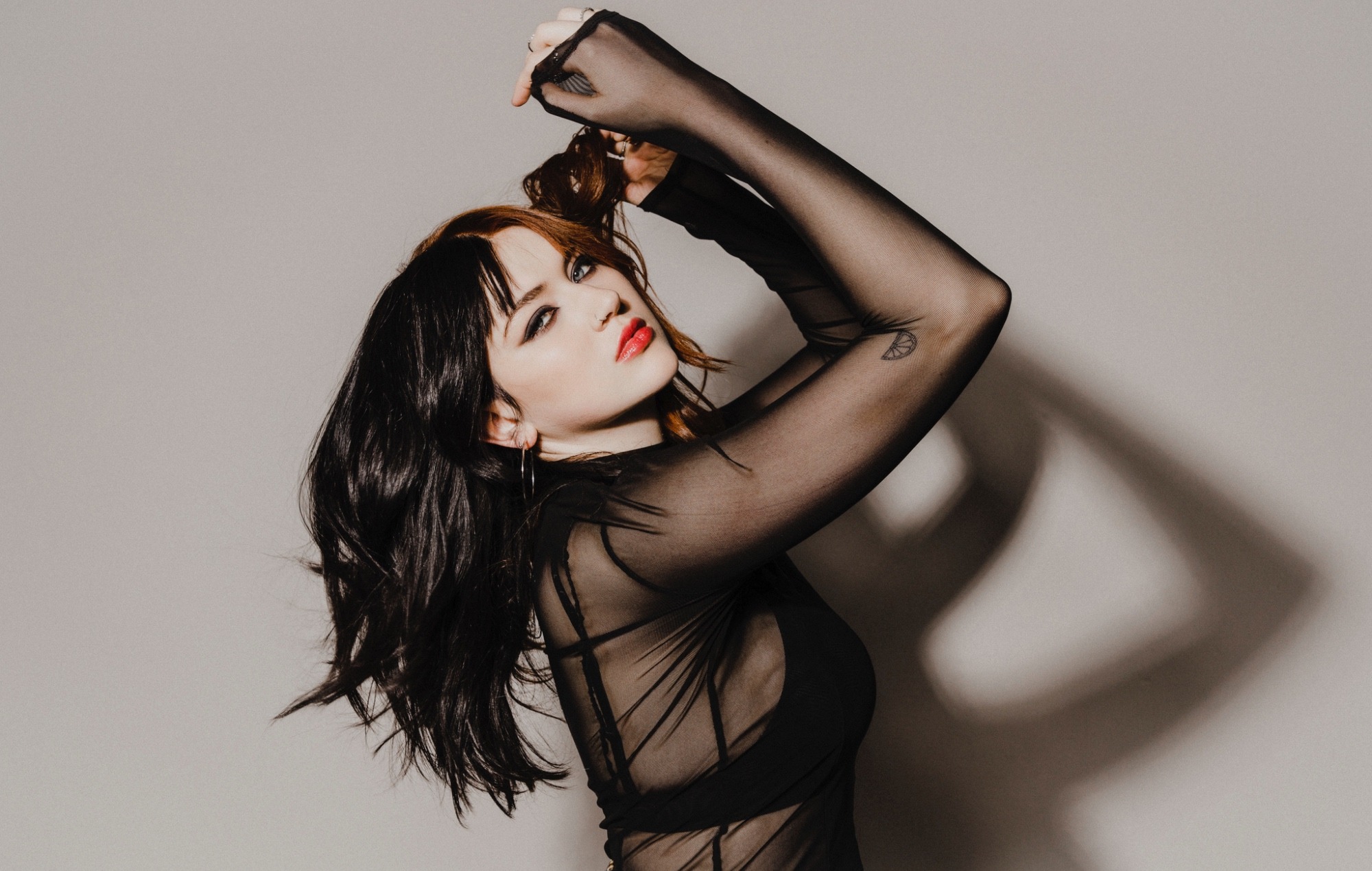