A quick catch-up with Glastonbury boss Emily Eavis: “We can’t wait to welcome everyone back”

Yes, it hurts. We feel it too. The sunshine and soaring temperatures only add to the sense that Ye Gods are tormenting us over what would have been a thoroughly glorious Glastonbury weekend.

Still, a measly pandemic won’t crush that Glasto spirit of celebration, togetherness and looking to the future. As fans gear up to mark 50 years of the world’s best festival by recreating Worthy Farm in their own homes and reliving some of the event’s greatest sets, NME had a quick with Glastonbury organiser Emily Eavis, rightful holder of the title Godlike Genius from this year’s NME Awards 2020.

She wouldn’t tell us any details about next year’s festival, but rest assured that it’s in safe hands. Meanwhile, let’s take a moment to reflect on the greatest party on the planet with the mastermind behind it. 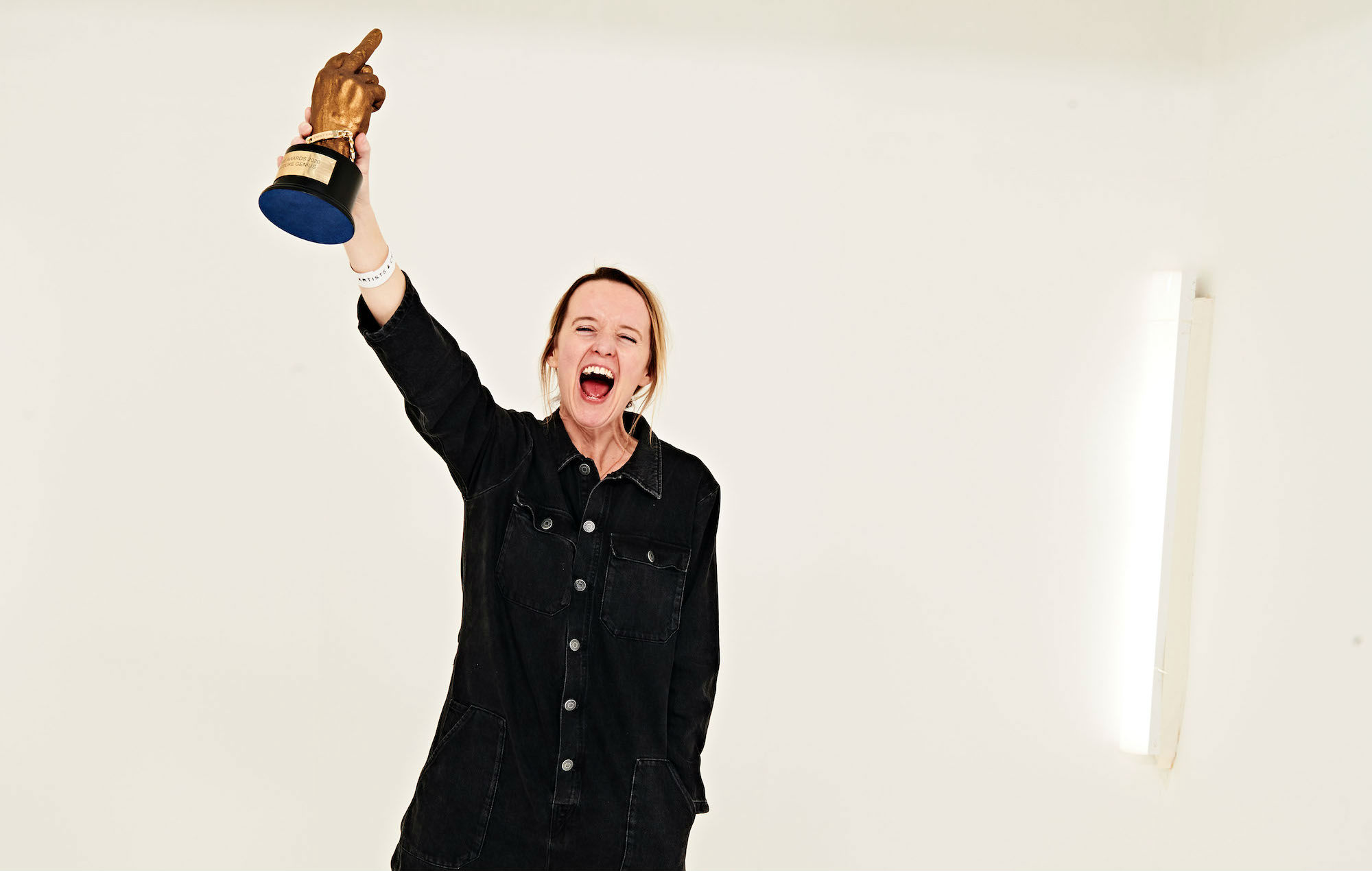 Hello Godlike Genius Emily Eavis! Are you used to being called that yet?

“To be honest, I haven’t found too many people down here using that term for me yet! I tried to get my kids on to the title but it didn’t quite catch on! It was a great honour to receive the award though. Thanks for that, NME.”

Don’t mention it! Despite the fact that the festival isn’t going ahead this weekend, it must be heartening to see people still wanting to get into the spirit and celebrate Glasto and its 50th anniversary?

“It’s been fantastic and moving seeing all the plans that people have been making for celebrating the 50th anniversary at their homes. I love the idea of people setting up all these elaborate camps in their gardens, dressing up and watching all the coverage on the telly. We are wholeheartedly working on bringing the festival to you in June next year and we can’t wait to welcome everyone back to Worthy Farm. It feels extremely quiet right now.”

What will you guys be doing to mark the occasion on Worthy Farm this weekend??

“We will be having a very quiet weekend down here on the farm, watching some of the sets on the TV, reminiscing on the 50 years, and probably shedding the odd tear for what might have been. What an incredible ride though, it really has been a fairy tale 50 years. You couldn’t make it up!”

A lot of great sets are being shown by the BBC and shared on iPlayer. Which in particular are you looking forward to?

“There will be some great moments from across the years in the highlights shows, including some never seen before footage from The Rolling Stones and Bruce Springsteen which I can’t wait to see on the TV. Then there’s Stormzy’s epic set in 2019, Lizzo last year, Oasis in 1994, Arctic Monkeys’ Pyramid Stage debut from 2007 and I’m really looking forward to seeing all of Amy Winehouse’s set from the Jazzworld stage in 2007. ‘Back To Black’ had just come out and I really remember her being on amazing form for that set.”

Naturally, Glastonbury goes hand in hand with activism. What do you think the political dialogue would have been looking at this weekend if Glasto was on?

“There are so many issues at the moment and I know that we would have been continuing our campaigning on climate change and expanding our work banning the use of plastic across the site. We have also been very inspired by Black Lives Matter and working as festival in the fight against racism, so that would have been prominent in our plans too.”

The BBC will be celebrating with The Glastonbury Experience on BBC Two, BBC Four, BBC iPlayer and BBC Sounds from Thursday June 25 – Sunday June 28.

Check back with NME for more Glastonbury celebration content this weekend