Taking place at King’s Cross venue EGG LDN on 12th February 2022, the club will mark three decades with a 24-hour event featuring a host of resident DJs and some “very special international guests” to be announced.

Promising to “bring everyone together for what promises to be one of 2022’s biggest dates in the clubbing calendar,” the party will run from Saturday into Sunday, and will be fired up by the club’s world-beating sound system. The club celebrated its 25th-anniversary with an exhibition and a party back in 2015, titled “Trade: The Final Party”.

“Trade has always been a melting pot for its crowd and its music,” said Trade owner Laurence Malice. “I can’t wait to welcome back our Trade family and introduce new audiences to our journey through sound.”

Running from 1990 to 2002, Trade was the capital’s first-ever legal after-hours club, running parties at the now-defunct Turnmills every Sunday. The news comes four months after the original venue was commemorated with a plaque by Islington’s Pride.

Tickets for the 30th-anniversary party are expected to go on sale soon. 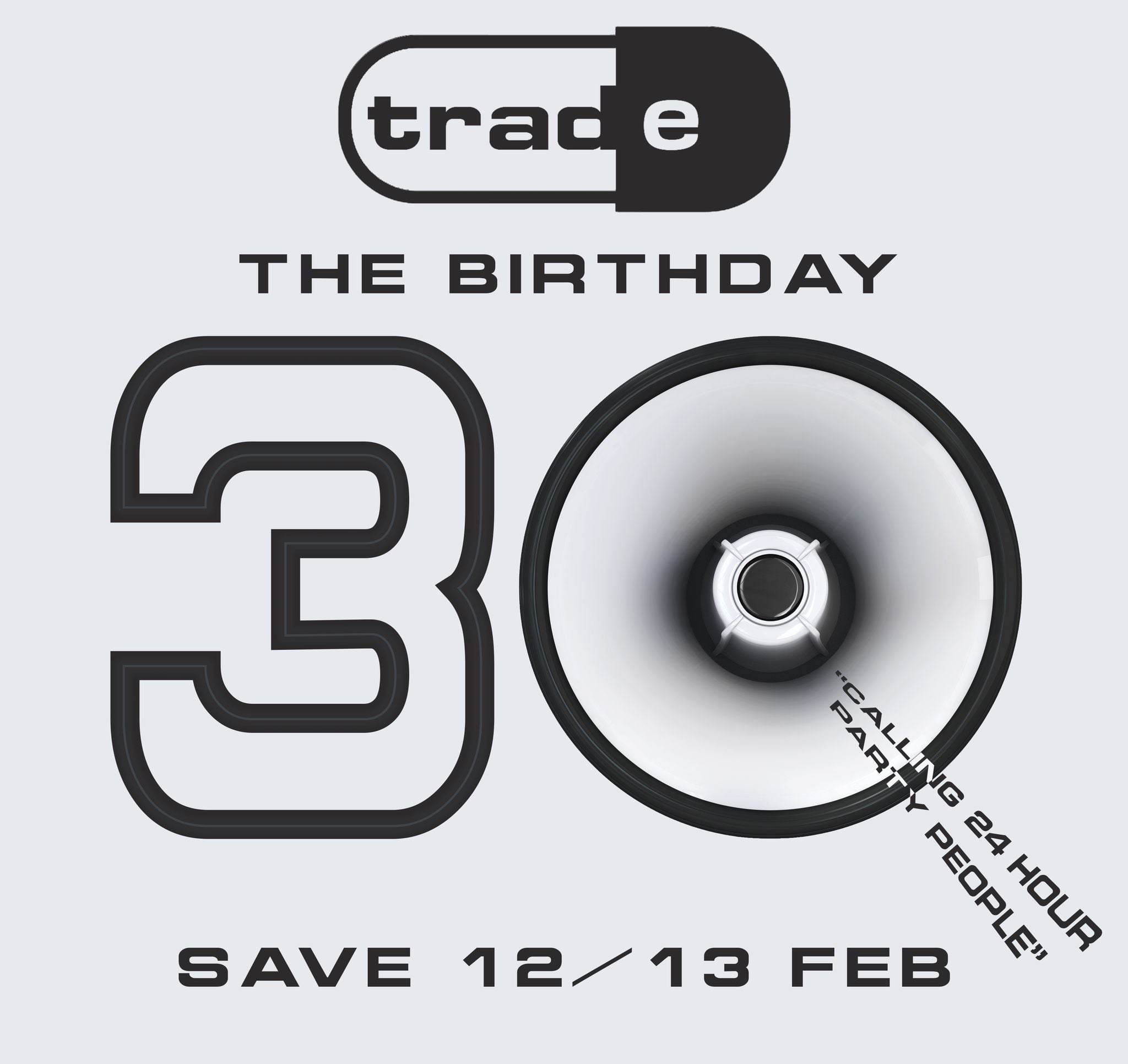