Ibiza Government announces clubs will not reopen this summer

The Ibiza Government has announced that clubs will not reopen this summer, according to reports.

As tourists gear up to return to Spain this summer, albeit with the exception of British tourists who are reportedly yet to be given the go ahead to holiday in the country, the Balaeric government has now announced that clubs will not reopen for the 2020 season, according to a report from Diario de Ibiza. They suggest clubs will remain shuttered for this year’s season, and potentially into 2021, if a successful vaccine or treatment for COVID-19 does not become available.
Although clubs were initially given the green light to open this month from Spain’s national government during the “third phase” of opening after lockdown, the island’s biggest clubs were reportedly confirmed to remain shuttered. Despite the Spanish government’s approval, the Balearic Islands president, Francina Armengo, ordered the clubs to remain shut, citing outbreaks of coronavirus in other countries due to the reopening of nightlife. If the clubs were to open, they would be required to operate at no more than a third of maximum capacity. Dancefloors would also be required to be replaced with tables, and masks must be in use where social distancing isn’t possible. However the Balearic government has reportedly now announced they will not be giving the green light to do so this season.

Tourism is one of the most crucial industries in Spain, especially in Ibiza. Spain welcomes approximately 80 millions tourists a year, with the industry providing over 12% of the country’s GDP.

Hï Ibiza and Ushuaïa, who are both run by The Night League, posted a statement earlier today announcing that they would not be opening their doors this year. See the statement below. 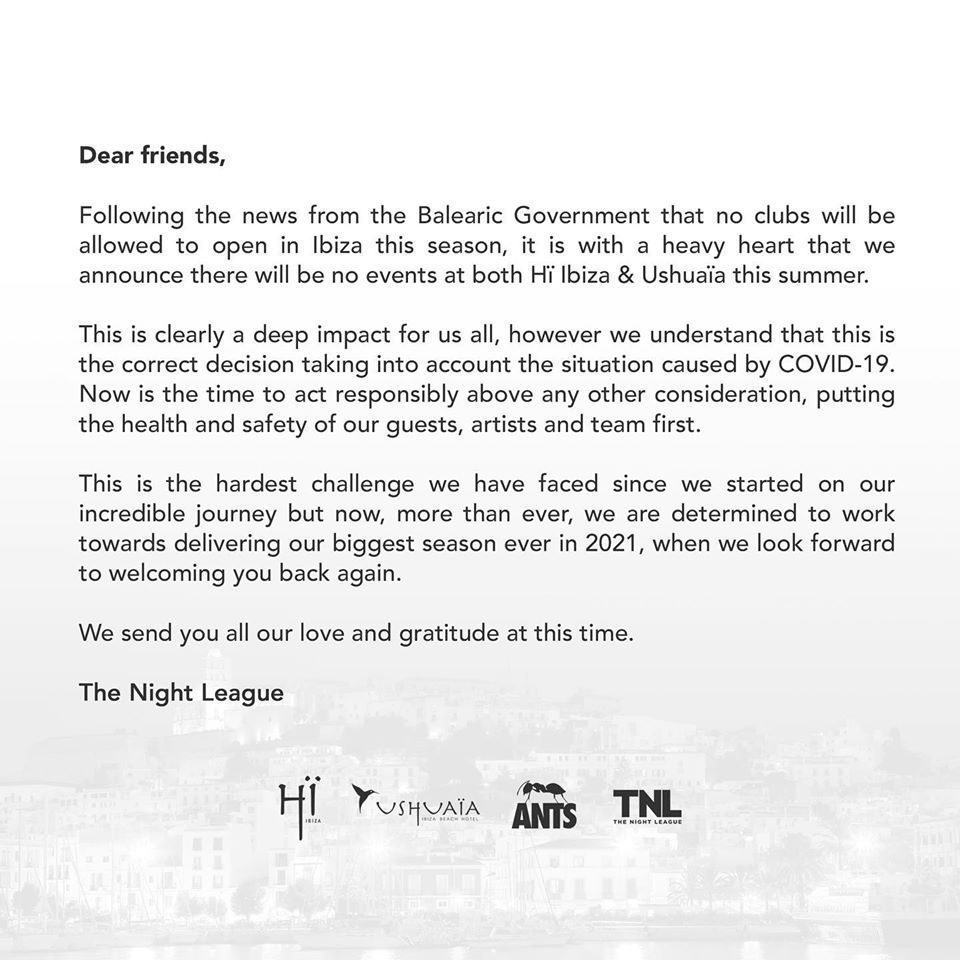 Dr. Dre is opening a high school in Los Angeles

Nile Rogers is launching a roller-disco in LA, The DiscOasis