Spotify is trailing a new 99¢ subscription that still includes ads but allows users unlimited skips and on-demand listening. According to The Verge, the new tier combines elements of its free and premium options, and it “doesn’t impose any limits on the number of tracks you can skip per hour. Users are also free to pick which specific songs they want to listen to, rather than mostly being limited to shuffling within albums and playlists.”

Spotify’s current free tier doesn’t let users skip more than six tracks per hour, and only lets you listen to certain tracks from 15 select playlists. “Outside of these playlists, free users can only listen to shuffled tracks.” 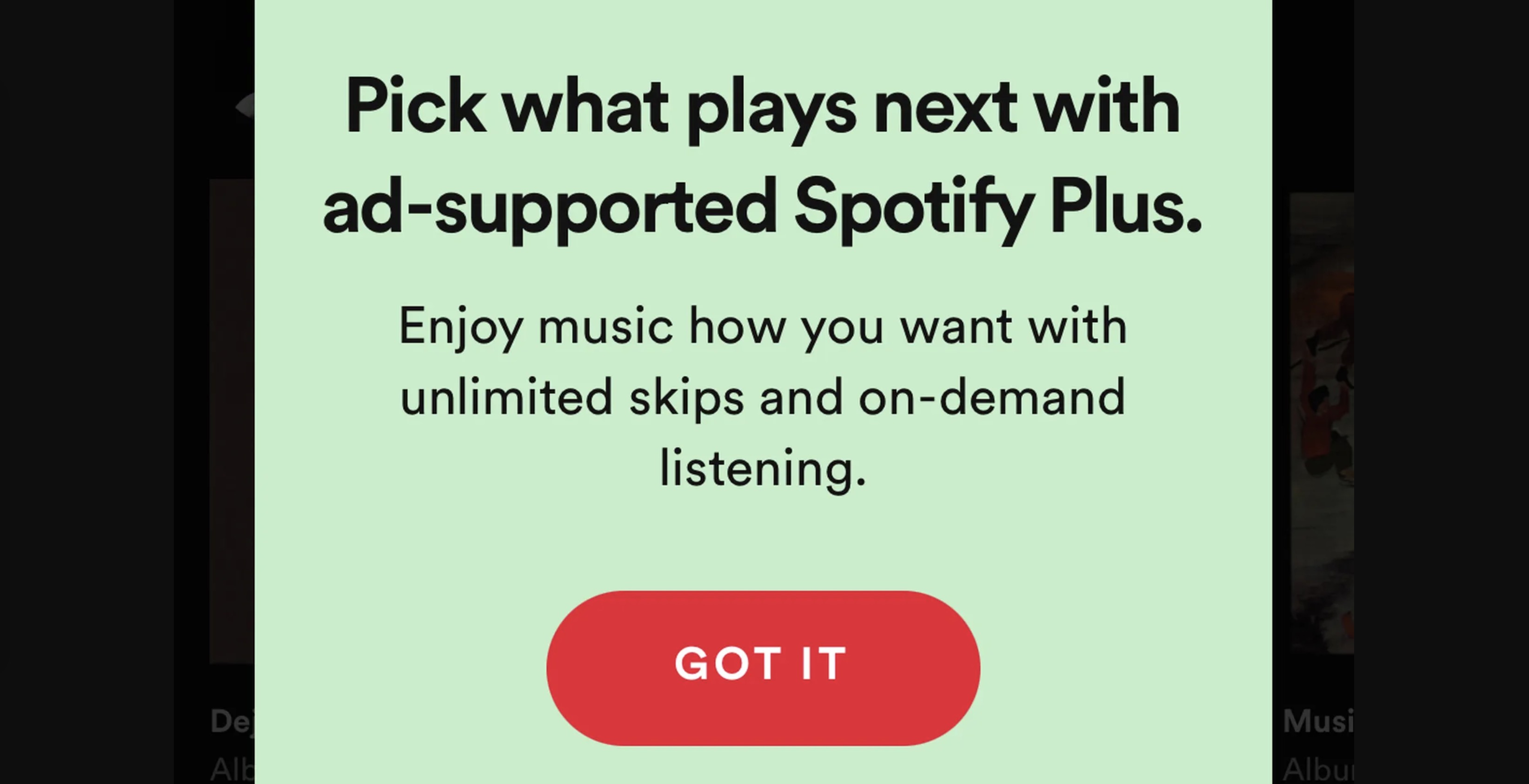 The new tier would give users the option to pick their own songs for less than a quid a month, though they’d still be served ads on top. There’s no word on other options like higher-quality listening. Spotify confirmed to The Verge they are trialling the new tier and that neither the price nor the features are finalised.