Ministry of Sound have announced a fundraiser for Steve Laviniere of Bobby & Steve.

The English DJ and producer recently suffered a rare brain injury called acute hemorrhagic leukoencephalitis after contracting COVID-19 in March 2020. The diagnosis has caused a Prolonged Disorder of Consciousness, leaving Laviniere unable to communicate or move his body.

Aiming to raise funds to facilitate Laviniere’s rehabilitation and future care, Dance For Stevie takes place at Ministry of Sound on 3rd October and will feature sets by friends and collaborators including David Morales, Norman Jay MBE, Barbara Tucker, Trevor Nelson, Dave Lee and many others. Check out the full line-up below.

“I first met Bobby & Steve when I first went to London in the late 80’s,” said David Morales. “Bobby & Steve have and still play a pivotal role in the world of house music in the UK. Respect.”

“The love & respect of family & friends is hard-earned,” added Simon Dunmore. “For over 30 years Steve has promoted good times, great music, supported and been at the forefront of a great London scene, created communities, bringing people together, made them dance…made them smile. As father. As DJ. As an entrepreneur. As a man. I feel & see nothing but respect & love for Steve.”

Tickets for Dance For Stevie are on sale now. There is also a GoFundMe page set up to raise funds for Laviniere’s rehabilitation.

Ministry of Sound have also recently partnered with sleep and meditation app Calm for a new series of chillout-focused mixes. 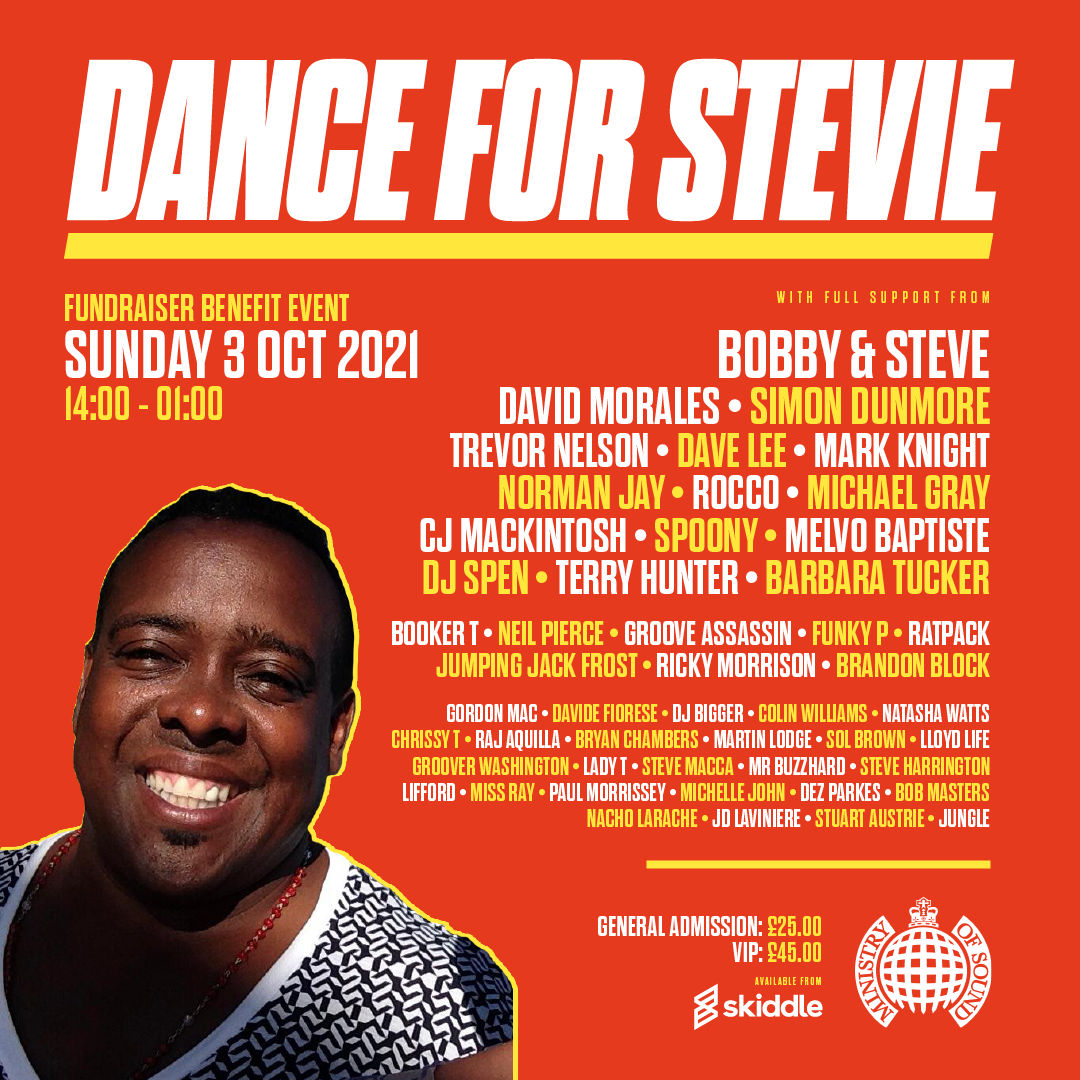