Manchester’s Reform Radio and We Out Here have announced a digital festival.

Reform Radio, a community radio station in Manchester, have teamed up with We Out Here Festival to present a virtual weekend party later this month, with proceeds split between Black Lives Matter associated charities: People Dem, Tomorrow’s Warriors, Black Cultural Archives, Black Minds Matter, Abram Wilson Foundation and The Black Curriculum.
Dubbed We Out Here Online & On Air, the two-day virtual event will run from the 21st – 23rd August, with the We Out Here website hosting 8 different “stages”, featuring over 50 artists alongside films, panels, workshops and more.
DJ Paulette, Gilles Peterson and Underground Resistance’s Mark Flash are among the names on the digital event’s sprawling line-up, where they’ll be joined by the likes of Auntie Flo, Dan Shake, Luke Unabomber, and Tash LC. Last year’s Near Mint x Discogs Record Fair will also be presented digitally, with discount offerings from record shops, dealers and independent labels selling under one virtual roof all weekend long.
The festival will stream On Air all weekend on Gilles Peterson’s radio station Worldwide FM and on Manchester’s Reform Radio, in addition to online video streaming via Mixcloud Live. You can sign up for access here, and check out the full line-up below.
Earlier this year, Manchester’s Anz and DJ Paulette sat down to talk about their experiences as two generations of Black women in dance music. 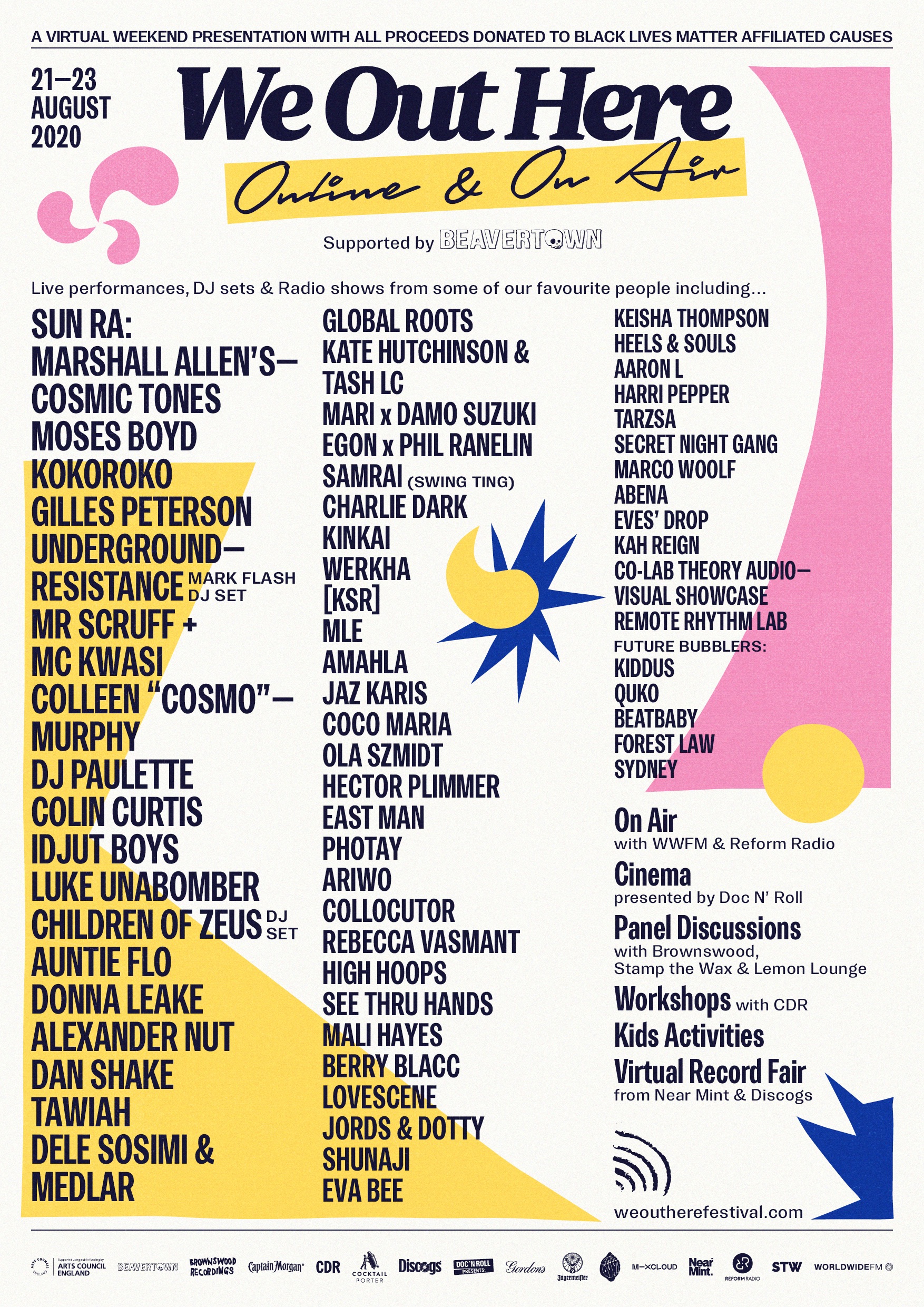 Twitch under fire from RIAA and Industry Groups for &#039;unlicensed music use&#039;