Off the back of its reopening series of parties, Brighton’s Patterns have unveiled its winter season programme.

Among the names set to play the venue across October to December include India Jordan, Anz, Tim Reaper, Shanti Celeste, Sicaria Sound, Kelly Lee Owens, Mykki Blanco and more. Check out the full line-up below.

Since opening its doors in 2015, Patterns has become a safe space for Brighton’s underground club culture. Over the last six years, the multi-space venue, which was built on the former site of an art deco hotel, has hosted artists including Ben UFO, Gerd Janson, Hunee, Erol Alkan, Honey Dijon, Daniel Avery, Bicep, Avalon Emerson and many more. 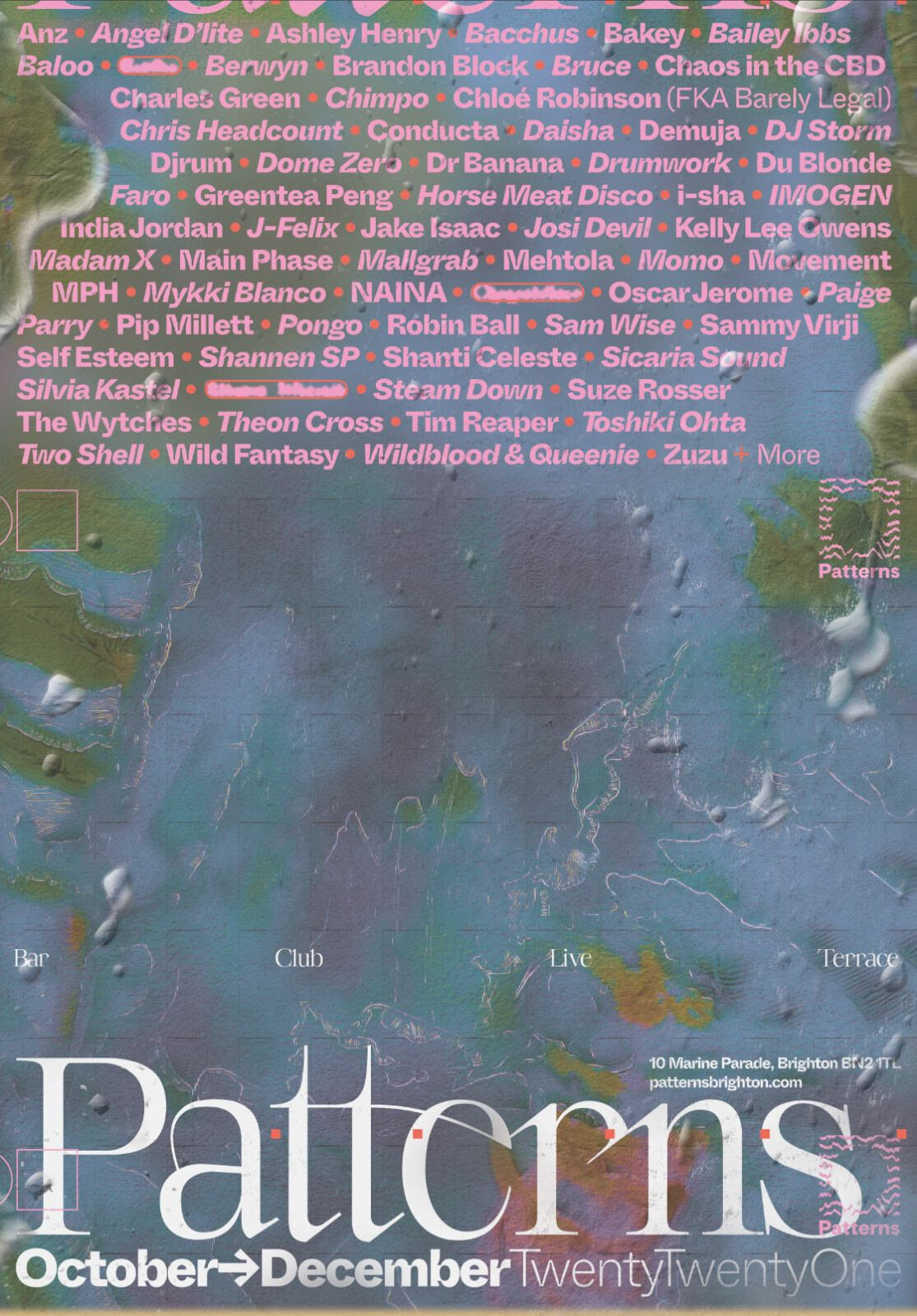