A Jeremy Deller exhibition is opening this month

A new exhibition by Turner Prize-winning artist Jeremy Deller is opening this month.

Simultaneously running at Glasgow’s Modern Institute and Art: Concept in Paris from 6th November until 22nd January, Warning Explicit Content compiles all of the London artist’s print and poster work from 1993 until the present day.

Titled in reference to the explicit content warning that featured on the covers of many 1990s albums, the exhibition will trace Deller’s trajectory from creating work centering on rave and acid house to more directly political output.

Deller’s 2019 documentary Everybody in The Place: An Incomplete History of Britain 1984-1992 explored rave and acid’s impact on ‘80s Britain. Featuring rare and unseen archive materials, it uprooted “popular notions of rave and acid house, situating them at the very centre of the seismic social changes reshaping 1980s Britain.” 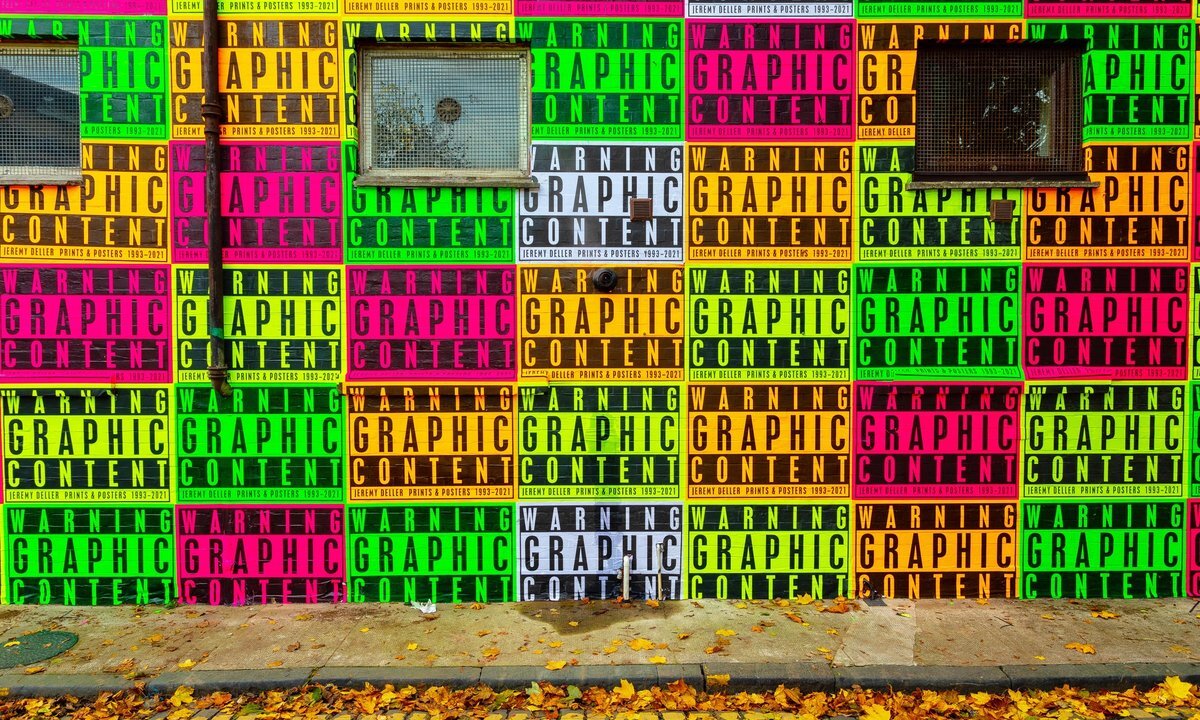