Unreleased Avicii mix from 2011 to broadcast next week

A previously unreleased mix from Avicii will be broadcast on SiriusXM’s BPM channel on 24th May.

As part of the dance music channel’s live-streamed DisDance Festival from 22nd – 24th May, a mix recorded by the late EDM star in 2011 will be broadcast exclusively on the Sunday.

Other sets during the digital festival will come from the likes of Above & Beyond, Armin van Buuren, Alison Wonderland, Calvin Harris (as Love Regenerator) and many more. See the full line-up below.

Tune in to DisDance Festival here.

Last month, a tribute mix for Avicii was shared on Tomorrowland’s One World Radio to mark two years since his death. The Swedish EDM star’s legacy and influence on the world of electronic music endures, with hit ‘Wake Me Up’ being named as the highest charting dance track of the decade. Earlier in the year, Avicii was awarded two posthumous Swedish Grammys for his album ‘TIM’, which was completed by friends and collaborators. Just this month, ‘TIM’ won the award for Best Album at this year’s International Dance Music Awards. 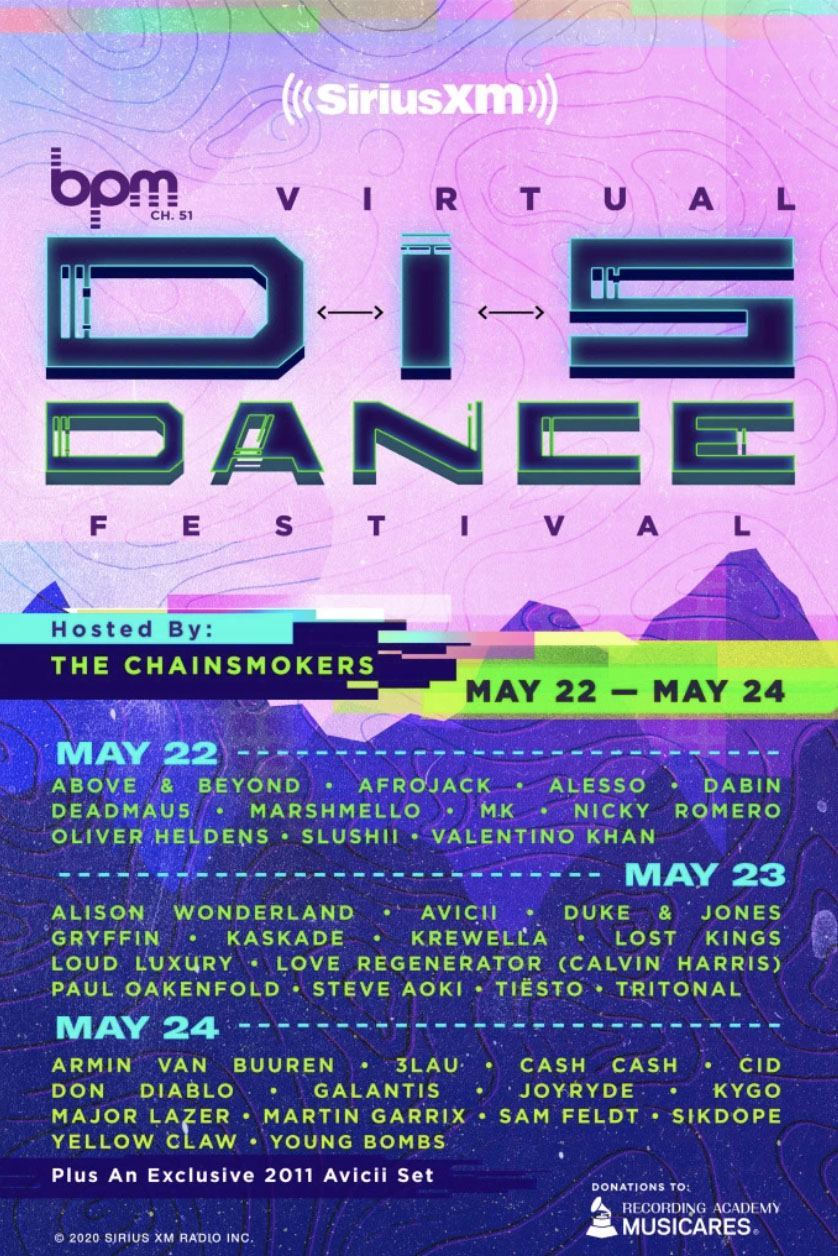