A socially-distanced “rave in a box” series is coming to Manchester this summer.

Situated in a basement, guests can come in groups of up to eight friends from the same social bubble for a 90-minute, immersive experience. To maximise health and safety, measures including a one-way entry-exit system, 2m rule in queues, boxes disinfected between each session, and prepaid drink packages delivered to the boxes will be implemented.

“As the spiritual home of rave, we’re so excited to launch Puffin Box in Manchester,” Puffin co-founder Kat Warbuton said in a statement. “While we can’t go to stereotypical raves in the city we have to adapt, so here we have a rave in a box. Manchester’s a buzzing city and everyone’s desperate to get back out but still stay safe, so this is exactly what we’re offering – ace music, exciting entertainment, decent drinks packages, a space for people to enjoy a mini-clubbing experience with friends in a safe and controlled environment.”

The series will run from the 7th until the 30th August, and will feature a host of sets and performances from the likes of Crazy P, DJ Paulette, Kaluki, and PBR Streetgang.

Find out more about Puffin Box here, and check out the full line-ups below. 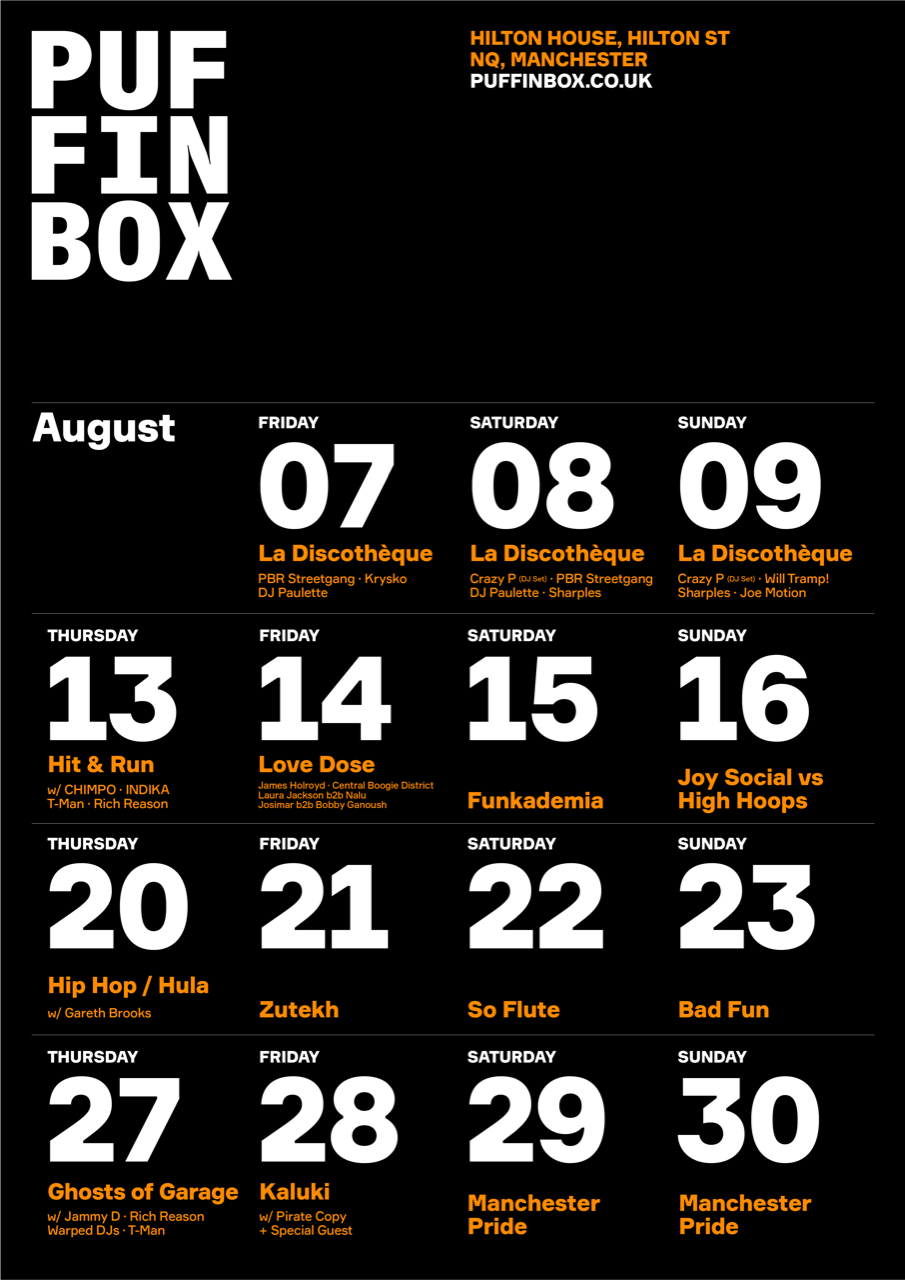